Can the line of a river course be folded into a street? I have made the attempt in the Hasestraße in Osnabrück. By invitation of the Osnabrück Festival for Art in Public Space "Tangency 2015 – City Mappings", I developed a work series on the river Hase: using a 360-metre-long paper stencil, I transferred the line of the river course onto the street on a scale of 1:471.

To the Festival "Tangency" 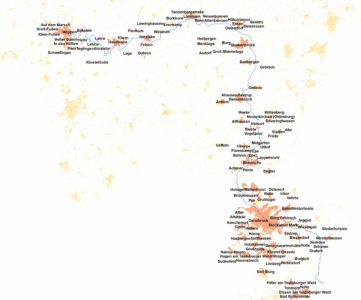 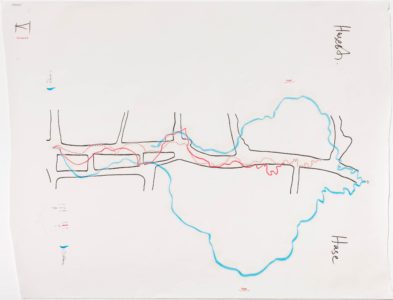 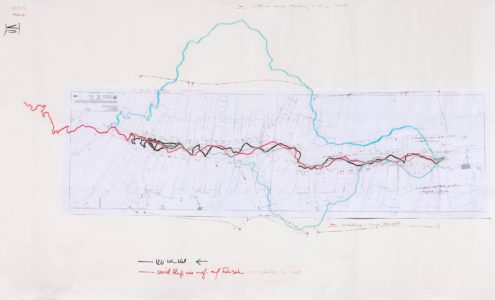 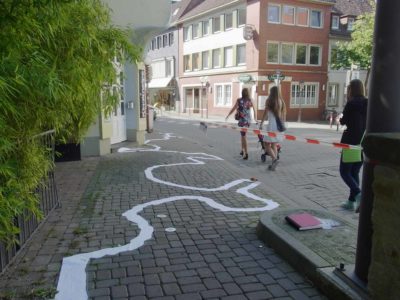 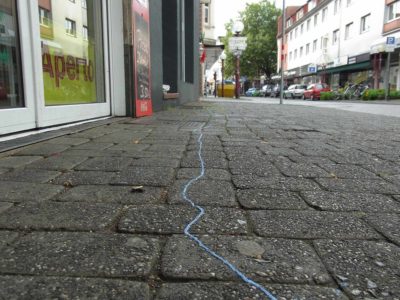 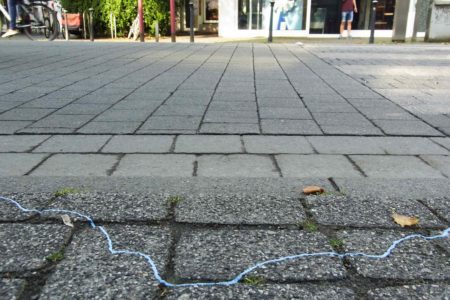 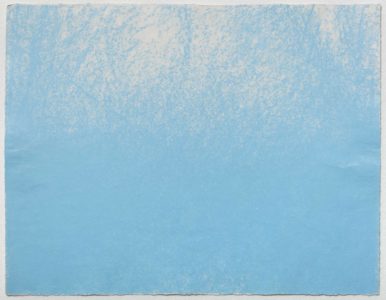 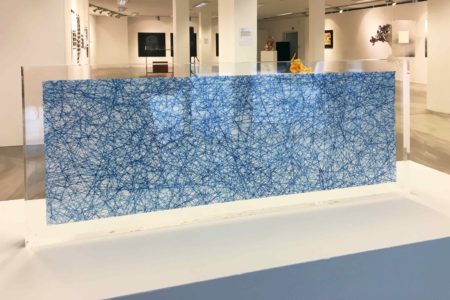